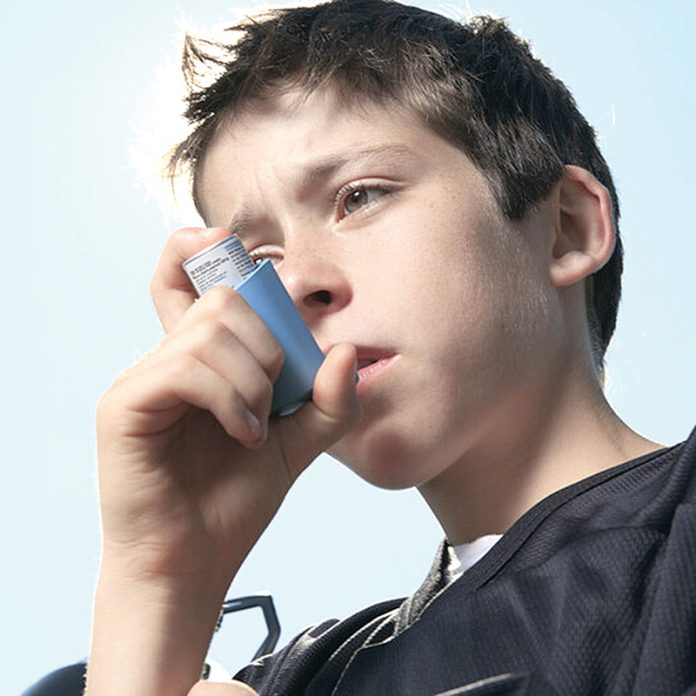 This is not the first time a core group member of Clean Air Cheltenham has written about the effects of asthma on our children. My colleague John has touched on this before, and this will not be the last time any member of our group writes about the negative impact air pollution has on our children’s health, as indeed it does on all of us.

As the publicity coordinator for Clean Air Cheltenham, I am proud that our columns for the Cheltenham Post keep on coming. Whether that involves John writing about what is in our air or new writers such as Maya asking whether diesel buses are just greenwashing – new ideas to highlight our campaign continue.

Our group has a key purpose to celebrate the benefits of clean air, but also seeks to inspire people to campaign and achieve better air quality for Cheltenham. We know that we cannot convince everyone in Cheltenham but surely the facts are there to see. By breathing in better air, it is beyond doubt that our physical, emotional and mental well-being becomes
healthier.

Following on from what John has written for the Cheltenham Post previously, it is perhaps key to extend the question further. As the quality of our air is so important to us, we campaign because we think about the future. By campaigning now and seeking action as quickly as possible we feel we are doing the world of good for future generations. The planet our children inherit is of utmost importance to us.

One topic that we care about is the rising statistic of asthma affecting our children’s health. Like so many clean air campaigns across the UK, we have all been alarmed at the dangerously high levels of pollution in London that led to the fatal asthma attack of nine-year-old Ella Adoo-Kissi-Debrah in February 2013, after having been taken to hospital 30 times in the previous three years.

The inquest into her death by Southwark Coroner Court was unprecedented in laying out how the failure to reduce pollution levels to legal limits led to Ella’s death. Nitrogen dioxide emissions in Lewisham, where she lived, exceeded legal limits at both EU and national levels. The coroner said the health effects caused by air pollution had been known for many years, and children and those with asthma were particularly at
risk.

You might be reading this column and thinking: “Why on earth is all this important to keep on repeating?” For starters, this is the reason why we feel our campaign is
important. For the sake of our children, especially those who suffer from severe asthma already, the more we write about and repeat the context of Ella and her mother Rosamund Adoo-Kissi-Debrah’s fight for justice, we know cleaning up our air is paramount.

But why do so many of our children have asthma? Asthma + Lung UK as the nation’s lung charity has useful information. There are underlying causes and there are also triggers for asthma. It is true that asthma can run in the family, allergies make it more likely and in adults, exposure to substances at work can lead to occupational asthma.

Focusing on children, we know from NHS England and other significant research by the National Institute for Health and Care Excellence that one million children in
the UK are receiving treatment for asthma, and in the worldwide population, 300 million people suffer from asthma, including 11.6% of children aged between six and seven years. It is right to mention that the World Health Organisation have an Air Quality Strategy which recognises that while air pollution is a huge environmental threat to our planet, it is also a huge threat to human health.

The facts are clear from their Air Quality Strategy – there is no safe limit for nitrogen dioxide and there is a clear reason why there are high levels across the UK. Slow moving or parked vehicles with engines, particularly diesel engines, switched on are a huge reason why children are suffering with asthma.

In all seriousness you don’t really need on-the-nail numbers of how much nitrogen dioxide in cubic metres make up the air we breathe. It’s not hard to work out that leaving car engines on when picking up children from school leads to higher air pollution. Of course, not every parent does this, yet we still think it is important to point this out as one reason
why our children are suffering more from asthma.

One final point to discuss is why obesity can lead to asthma. We cannot judge every person and we know that our group cannot force parents to stop driving their children to school, but we do gently encourage more parents to help their children into cycling or walking to
school. This can also be the same for those of us who live and work in Cheltenham. This is basic and obvious, and yes, we cannot force everyone, but by increasing our physical activity, we know that this helps our health.

Asthma levels in our children will only increase unless we do as much as possible to limit air pollution. We understand that a reduction in asthma rates in children isn’t going to be achieved overnight, it takes time. We don’t expect everyone to ditch the car with the click of their fingers, all we ask is for the people of Cheltenham to consider different choices in the fight to combat air pollution.

We owe it to our children.