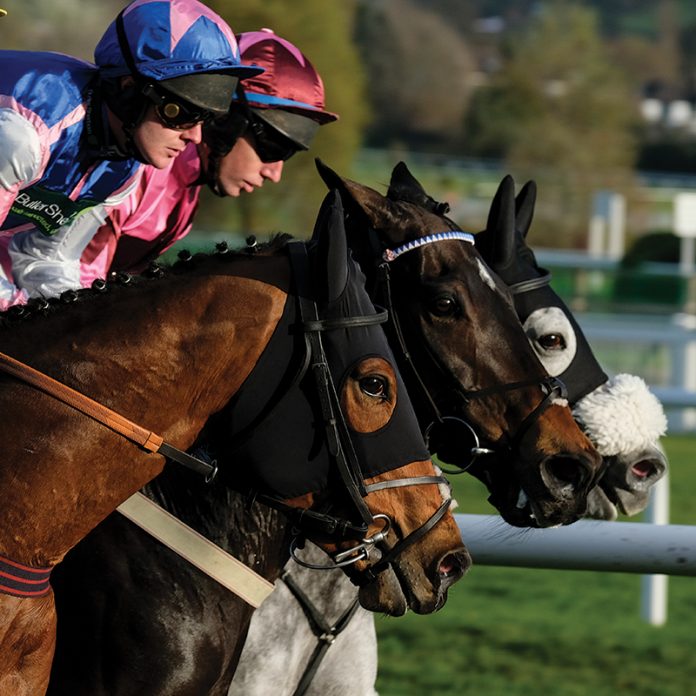 Cheltenham Racecourse’s final race day before The Festival looks set to be a cracker on Saturday, with the exciting novice Hillcrest hoping to enhance his credentials.
Having been canceled in 2021 due to heavy rain and the potential of snow, the traditional Festival Trials Day will welcome the Henry Daly-trained Hillcrest back to Prestbury Park for the Grade Two Ballymore Novices’ Hurdle.

The huge seven-year-old, who Daly himself struggles to measure, stating: “My measuring stick goes to 18 hands, and it won’t go over him – he’s very tall!” has quotes of 20/1 for both the Ballymore and Albert Bartlett Novices’ Hurdle in March after beating I Am Maximus stylishly around Cheltenham on New Year’s Day.
Hillcrest could face up against the in-form Balco Costal to give spectators a small taste of what is to come in March, however, these two aren’t the only promising novices that could turn up on Saturday, as Ahoy Senor will fly the flag for Scotland in this year’s Cotswold Chase.

The Lucinda Russell-trained seven-year-old, if he turns up, will be heading back into open company over fences for the first time since unseating his rider Derek Fox at Carlisle last October.
The Cotswold Chase was the only race of last year’s abandoned Festival Trials Day that went ahead, being run at Sandown Park on Saturday, February 6th. The race around the Grade One track was won by the retired legend Native River, with fellow icon Bristol De Mai finishing a remote second behind him.

Ahoy Senor was last seen on Boxing Day when comfortably second behind Bravemansgame in the Kauto Star Novices’ Chase, causing his price for the Brown Advisory Novices’ Chase at the Festival, currently headed in the market by the supreme Galopin Des Champs, to drift out from 4/1 to 12/1 in places.
This result did not dampen the spirits of trainer Russell, as after the race, she said: “What’s exciting is we’ve got improvement in him if we can tighten his jumping up and get him back on a galloping track. Kempton suited the winner more than us.”

For many years, the Cleeve Hurdle has given a useful indication towards the Stayers’ Hurdle in March, with horses such as Paisley Park, Thistlecrack, Big Buck’s, and Inglis Drever all winning the stamina test on Trials Day on route to winning the big one at the Cheltenham Festival.

Could this year be the same? Champ, who is currently the 7/2 ante-post second-favourite for the 2022 Stayers’ Hurdle, will be hoping to emulate these legends on Saturday as he lines up in the Cleeve Hurdle alongside two former Stayers’ champions Paisley Park for Emma Lavelle and Lisnagar Oscar for Rebecca Curtis.
The Nicky Henderson-trained 10-year-old was last seen around Cheltenham in the most recent renewal of the Gold Cup, pulling up before the seventh fence after a very underwhelming display of jumping.
Henderson decided to return Champ to the smaller obstacles this season, which seems to have been an inspired move, as he brushed aside Thyme Hill in the Long Walk at Ascot on his reappearance over hurdles.
Finally, it wouldn’t be a day at Cheltenham without some Irish raiders to battle against, and currently, the SSS Super Alloys Handicap Hurdle has four horses making the trip over the pond to take on the British.

Arguably the most interesting Irish entry is Eskylane for Gordan Elliot, who was six lengths behind Ferny Hollow in the Champion Bumper at the Cheltenham in 2020 and has beaten the talented Gabynako in a maiden hurdle around Punchestown.
One of the many British contenders in the race is Lively Citizen, who fended off a late challenge of the now Betfair Hurdle favourite Broomfield Burg at Prestbury Park in the Catesby Handicap Hurdle last month.

Lively Citizen is the figurehead of trainer DJ Jeffreys’ yard, which is situated 11 miles away from the home of jump racing, and Jeffreys has high hopes for this horse over fences next season.