HomeLatest News﻿Cheltenham gang stole over half a million pounds worth of property in...
Latest News 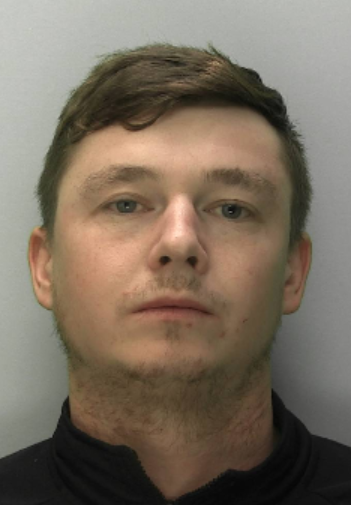 A gang of Cheltenham men stole more than half a million pounds worth of property, including several luxury cars, in a seven month burglary spree across four counties, a court heard.

The gang’s raids on at least 24 homes and businesses went on from August 2019 till February last year and the targets were often chosen because the owners had top-end new cars like Porsches and Mercedes parked outside, Bristol Crown Court was told.

The six defendants, who will be sentenced tomorrow (Dec 8) at the end of a three day hearing, were arrested in March 2020 following a joint investigation between the two police forces which culminated in eight Cheltenham addresses being simultaneously raided and searched, said prosecutor Robin Shellard.

The six men in the dock are:

All defendants, including Hawkins, have also pleaded guilty to transferring criminal property.

The court was told that Hawkins had a lesser role in the conspiracy because he played no physical part in the burglaries – but he was always in the same area when a crime was being committed by other members of the gang. A large amount of stolen jewellery and cash was found at his home address.

“The investigation revealed that the gang were involved in the theft of high powered cars following a burglary of the targeted homes and the subsequent theft of the keys from the property.

“Additionally, on one occasion, an innocent man was assaulted after trying to intervene during one commercial burglary.

“Other items stolen during the burglaries included jewellery and high value watches, which were later sold on from the Jewellery Quarter in Birmingham.

“A large amount of mobile telephone investigation was involved along with the use of automatic number plate recognition cameras to establish the whereabouts of the defendants at any particular time and the location of stolen vehicles.

“These figures do not include the business interruption costs. One of the burglaries was of a Post Office which suffered a loss of income of some £50,000 due to the damage done to the property.

“For some of the victims of the commercial burglaries the loss was too much to bear and they went out of business.

“The total value of the stolen vehicles was around £238,471 with most of the high-end cars being recovered – although in many instances they were damaged.

Among the burglaries attributed to the gang were:

● The Butwell and Jones Jewellers in Tewkesbury’s High Street which was targeted on 10 August 2019 at 3.50am.

Mr Shellard said CCTV captured three masked men arriving in a stolen Volkswagen Golf and using a scaffolding board to smash their way in. The gang stole a large number of antiques and removed the safe from the premises. But just as it was placed in the back of the vehicle the police arrived on the scene and the safe fell out as the gang sped away.

● The attempted ram raid the Bourton on the Water Post Office on August 29, 2019, between 1.40am and 1.48am by using two vehicles, one of which was a stolen Mitsubishi truck. The shop owners lived in a flat above the post office and were severely affected by the incident, said Mr Shellard.

● A new Volkswagen Golf, valued at £28,000, was stolen from a property in Havenhill Road, Tetbury, on August 29, 2019. The keys to the vehicle had been taken in a burglary when members of the gang gained entry by smashing a rear window.

The vehicle was later recovered on November 7, 2019 and by then had a false number plate.

● On September 24, 2019 a house in Squires Road, Watchfield, nr Shrivenham, Wiltshire, was burgled after gang members cut the wires to the CCTV camera. The items stolen included designer handbags, bracelets, necklaces, watches, golf clubs, cash and the keys to a new Ford Ranger Wildtrak which was driven away by one of the crooks – although a Mercedes was left behind.

The stolen Ford was subsequently recovered from the Gloucester Old Spot public house on Tewkesbury Rd, Cheltenham on February 24, 2020. The gang made an untidy search of the house and stole £3,600 worth of jewellery and other items.

● On October 10, 2019 the gang broke into a number of properties in Hungerford but failed to gain entry into Great Grooms Antiques in Charnham Street.

● On October 13, 2019 at 9.15pm there was a burglary at Kidson-Trigg auctioneers in Sevenhampton, Swindon. Three doors were smashed open by the gang to gain entry and items of jewellery valued at £11,000 were stolen. The damage to the property amounted to £3,000.

● On November 2, 2019 there was a burglary at Old Railway Close in Lechlade in which the gang gained entry by smashing the kitchen door. CCTV showed two men arriving in a stolen VW Golf at 5.15pm and taking £10,000 worth of property, many of which was of great sentimental value, the prosecutor said.

On the drive was a Saleen S7 high performance American sports car but the keys for it were hidden and were not found by the burglars.

● On the same day, November 2, the gang targeted a property at Windrush, Highworth, Swindon at 8.40pm. They broke into a home where the owner confronted them and was assaulted. He chased them out of the property and tried to open the door of his Skoda Octavia car as they sped off in it. The vehicle contained over £2,000 of work items.

The vehicle was recovered in All Saints Road in Cheltenham, sporting false number plates.

● Nine burglaries were reported in the Oxfordshire area between November 3 and 7. These burglaries are linked to the gang through mobile phone cell location evidence. The burglaries including a property at Church Lane, Weston On The Green, Bicester, in which items of jewellery were stolen and a property nearby was broken into and jewellery of several hundreds of pounds were stolen.

A property in Charlbury, Chipping Norton was also targeted. The elderly owners returned on November 5 to find that their sentimental jewellery had been stolen. The gang went on to target a property in Lees Heights, in the same village, where gang members gained entry and stole £400 in cash.

In the village of Stonesfield, five miles north of Witney, the gang smashed their way in and stole £1,300 worth of jewellery

In the same village another house was burgled and the gang stole the keys to a Nissan Navara and drove away in the £20,000 vehicle.

● The Wessex Auction Rooms near Chippenham were targeted by the gang on December 5, 2019 at around 8pm when the security guard was confronted by three men wearing balaclavas. One of the gang used a fire extinguisher to smash his way in and sprayed the security guard with the foam.

● On December 10, 2019 four or five members of the gang targeted an antique shop in George Street, Burford at around 10.30pm. Witnesses saw two men balaclavas shouting at members of the public and carrying silverware back to their vehicle before driving off. The shop was a collection of independent traders who rented stalls in the shop. One trader lost £4,000 in the raid.

● The year ended on December 31 with the gang getting into a home in Tweed Close in Swindon. The car keys were located and the occupant’s Mini was stolen from the driveway.

The hearing continues today (Dec 7) with Judge Michael Cullum hearing mitigation from lawyers representing each of the six gangsters. The judge is expected to pass sentence on the gang tomorrow.